For one human being to sing from the depth of her soul is perhaps the most difficult of all our tasks. 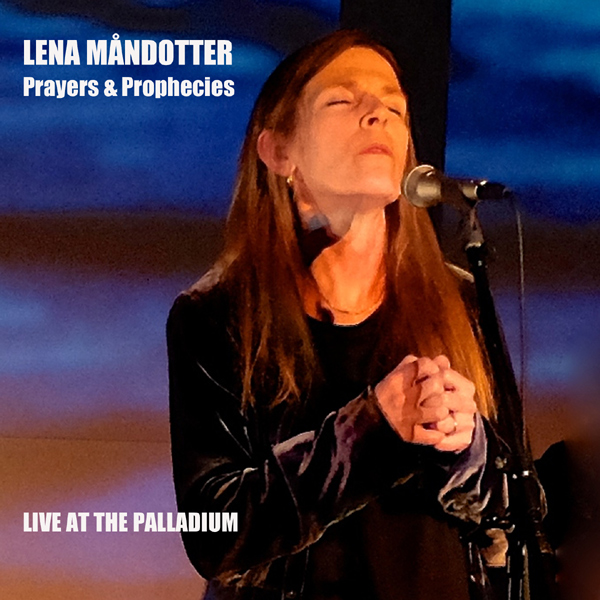 All songs recorded live at the Palladium in Malmö Sweden during the successful tour of 2016.

In this downloadable pdf - all information about the cd PRAYERS & PROPHECIES - Live at the Palladium
The cd is available at most known musical internet-sites like Spotify, Itunes Amazon etc.
The cd as a physical ex (hand signed by the artist) is only available from this website. 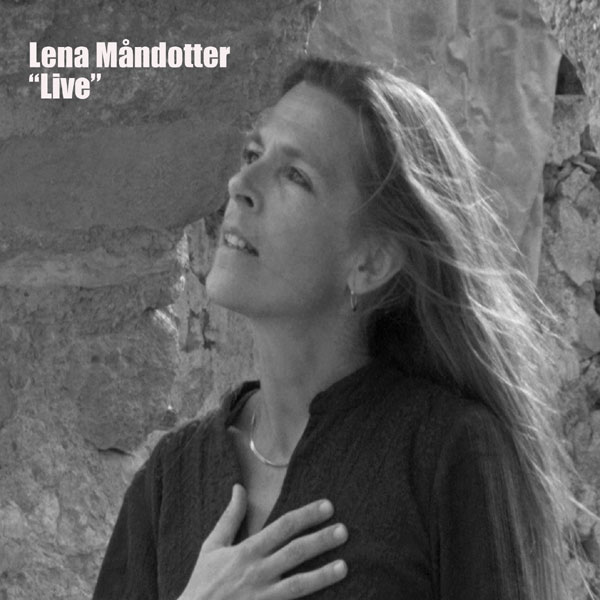 The songs on this cd are available at most musical internet sites like Spotify, Itunes and many more. The cd as a physical ex (hand signed by the artist) is only available from this website. This cd costs 120 SEK plus postage.- payable through Pay Pal.
Pdf with info about cd - read and download here.

Lena Måndotter single releases 2015 are live recordings from the successful summer tour 2015 and these songs are available as digital downloads at many internet sites: Itunes, Amazon, CDBaby, Spotify and many more sites. 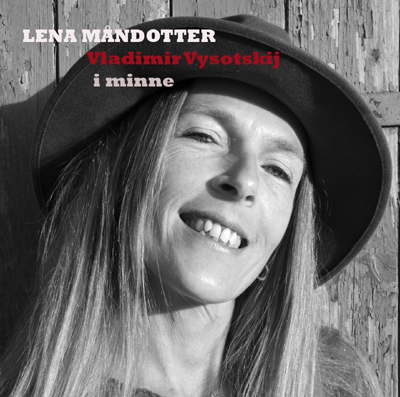 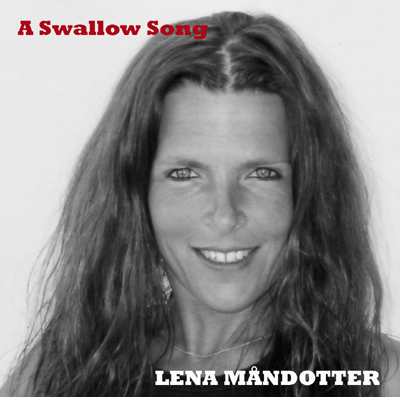 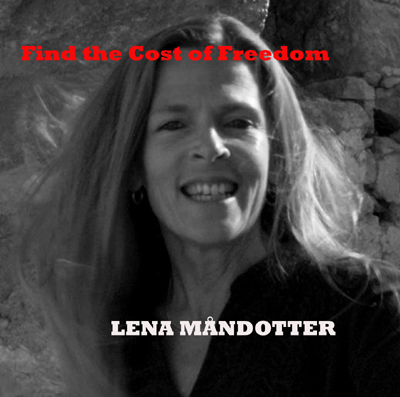 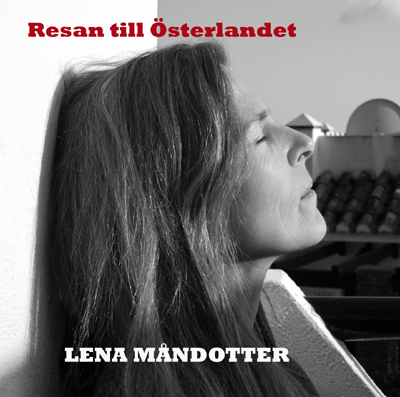 Live at the Cathedral 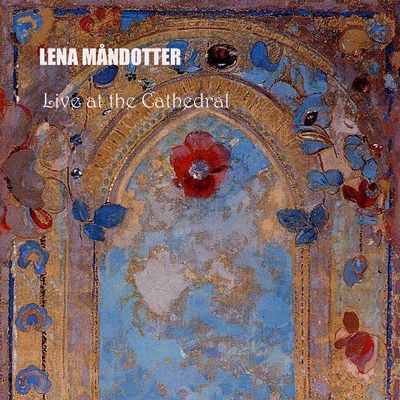 The singer Lena Måndotter toured to some of Sweden's most known cathedrals in 2013 and the cd "Live at the Cathedral" is a collection of some live-recordings from this tour. Her intention was to perform songs that, through the years, have been very important to her and that her faithful audience often requested her to perform.

The artistic intention was to keep an intimate and organic acoustic sound where the voice and each instrument was given a warm and atmospheric space; just a trio with vocals, cello, guitar and bouzouki.


The album contains some of her own compositions and also interpretations of other songwriters like Eliza Gilkyson, Leonard Cohen, Stevie Nicks and Townes Van Zandt.

Lena Måndotter has travelled and lived in many countries, and therefore the album also contains some Greek and Hebrew hymns; some recorded with just her solitary voice in the grand chambers of the cathedral.
Her co-musicians on these live-recordings are Åsa Gjerstad (cello and harmony vocals) and Pierre Engström (guitars and bouzouki).
The album was recorded live by Ola Glans, mixed by Lotta Wenglén Margit Music Studio and mastered by Håkan Åkesson Nutid Studio in Sweden. CD-release by Kameleont Production (LMCD007)

The new slbum LIVE AT THE CATHEDRAL is available at most internet-sites like CD-Baby, iTunes, Amazon and many more.

YOU CAN BUY THE ALBUM HERE: www.cdbaby.com/cd/lenamandotter

IF YOU WANT TO BUY A PHYSICAL CD, please mail us, and we will deliver a cd, specially hand-signed by singer Lena Måndotter. This cd costs 120 SEK plus postage. You can pay through Paypal 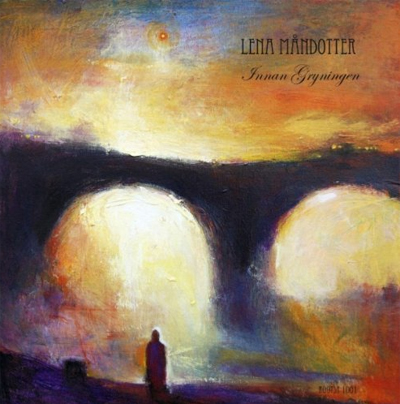 You can also buy the live-version of this song, from the Swedish tour 2013, and you will find it on cd LIVE AT THE CATHEDRAL, see information above). 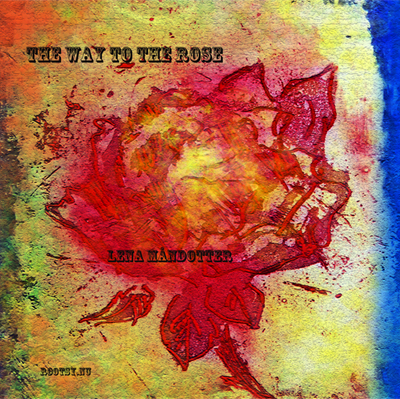 Lena Måndotter's The Way to the Rose; a collection of her own songs and interpretations of Julie Miller, Townes van Zandt and some traditional folk-songs

SONGS on the cd THE WAY TO THE ROSE 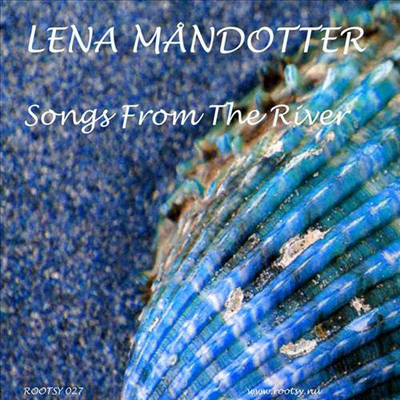 "Last year Lena Måndotter released a very appreciated cd with interpretations of Songs of Leonard Cohen. This follow up cd Songs From The RIver" is a collection of her own songs and also interpretations of classic folksongs. Lena's dark, both mellow and intensive vocals binds it all together and creates a sense of wholeness.

Her own compositions are very impressive and the musical instrumentation is intuitive and in perfect understanding with her singing. This cd Songs From The River is one of my favourites, just like her Cohen-cd. Now I am looking forward to a cd with only compositions of Lena Måndotter. Her musical talent and capability is so obvious".
LIRA MUSIC-MAGAZINE, Jan Carlsson

”I really like the Swedish singer Lena Måndotter’s deep and intimate interpretations of Leonard Cohen’s songs. The sparse and tasteful musical arrangements also leave the necessary space for her strong though sensitive vocals. Acoustic guitar, bouzouki and cello mirror very well the atmosphere of each song. It is difficult to choose only one favourite-song but if I could only choose one it would have to be ’By The Rivers Dark’. It suits Lena’s voice perfectly!” JARKKO ARJATSALO ­ The LeonardCohen -files 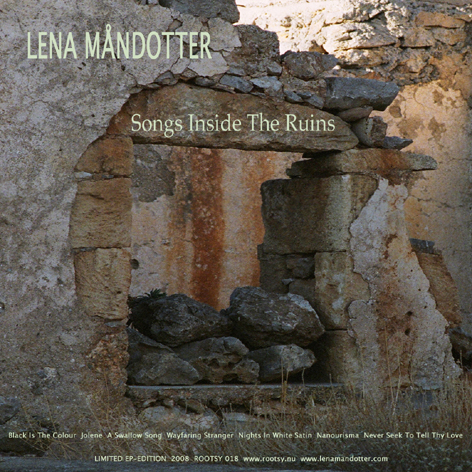 Lead vocals and musical arrangements on all songs: Lena Måndotter 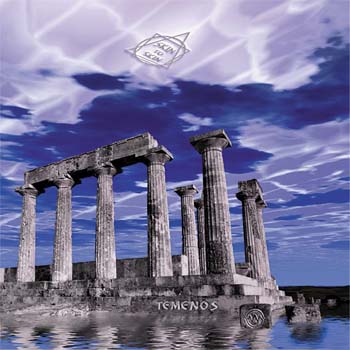 Temenos is a Greek word; referring to a sanctuary - the inner room of a temple.
The music is ambient and atmospheric and perfect for meditation and dance.
Temenos had it’s premier at Malmö Konsthall in Sweden (2001) in an audio visual installation created by Lena Måndotter & Skin to Skin.
Some of the songs are also used by the internationally known American dance company Momix in their creation Alchemia.Composers are Lena Måndotter, Ronnie Hall, Thomas Rodrick and Jörgen Wernefelt.
You can order the album Temenos here http://www.waveformhq.com/temenos.html

Singer Lena Måndotter has earlier also released a series of cds with the group Skin to Skin;
"Walking on Water" (chameleon records 2001), In the Shadow of Love (s2s records 1999) "Live Acoustic" (chameleon records 2000 and "Temenos" (Waveform Records 2001).
Lena Måndotter has also contributed on the cd "Songs For Tibet" (together with artists Mikael Wiehe, Tomas Ledin, Thomas di Leva and many more)